I recently made the rookie mistake of peeling another layer of ‘the onion’, our beloved 1999 Hymer B544 (as our patron-saint AvE would say – ‘you just keep peeling back layer after stinking layer until you’re left with nothing but tears….’)

It started when I noticed some rusty looking bubbling on the rear crossmember, a gentle investigative poke later and a large chunk had fallen out and landed on the floor, leaving a nice patch of daylight in the crossmember!:- 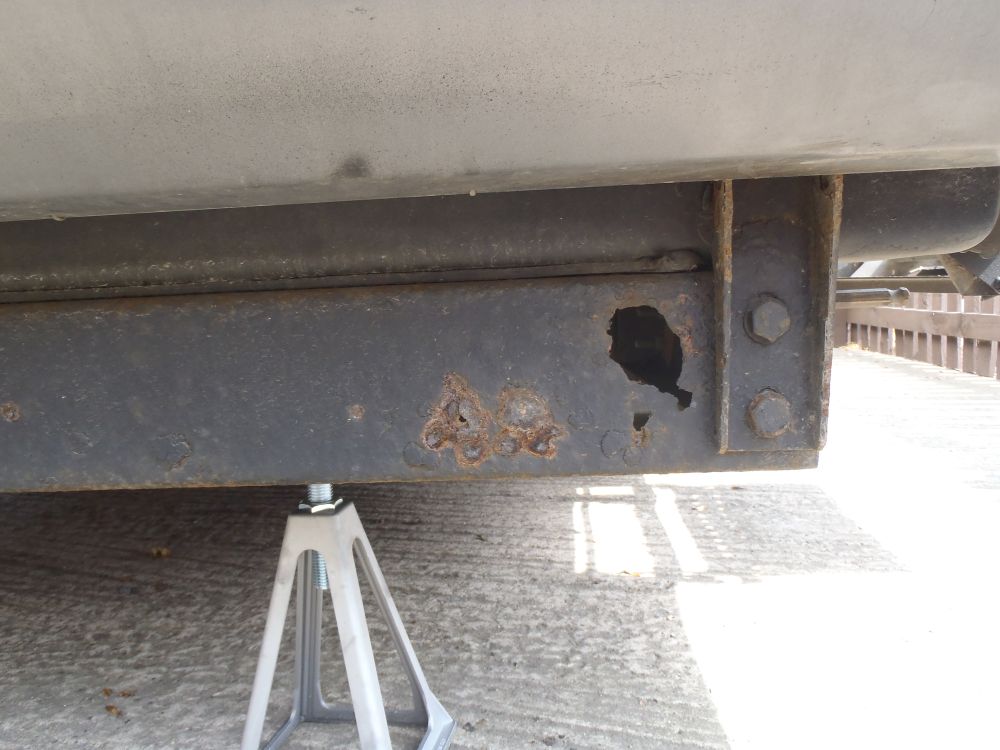 The rear crossmember is just bolted in place by two bolts on either side, so after supporting the surrounding structure with a couple of stands the crossmember could be taken out so I could see what I was dealing with:- 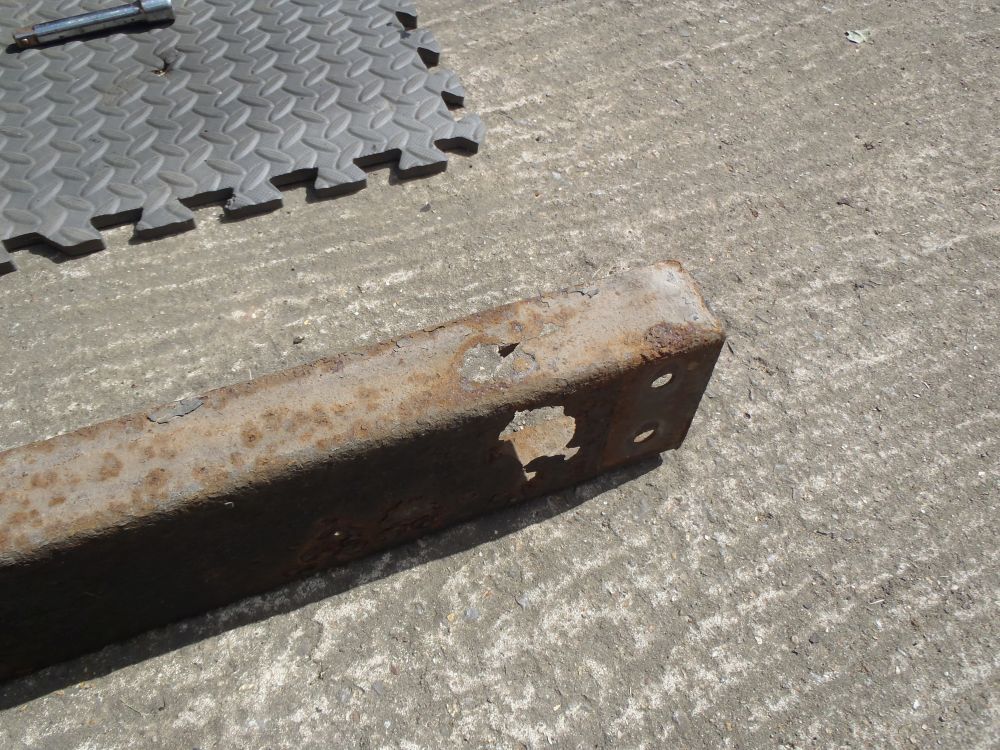 Once it was out I could see the top section has rusted through as well as the rear section (as shown in the photo above, so it was clear the repair was going to be a bit bigger than first thought…….

Once I had cut out the rusty metal and got back to decent steel this was the size of the hole that needed to be repaired!:- 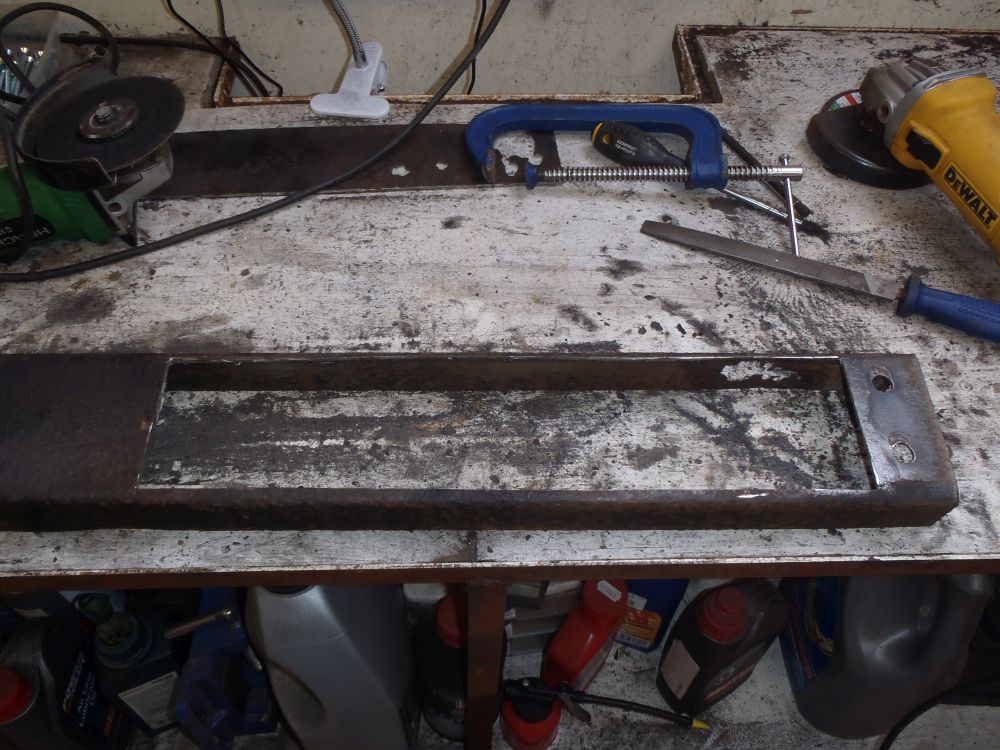 The same process was carried out for the smaller hole on the top, then it was just a case of cutting some new steel sections (or in this case old steel sections scavenged from an old oil tank!), welding them in and spraying the whole cross member with underbody schutz to protect it and hide my less-than-perfect welding!:-

You would never know I’d been here 🙂