The Oil Pressure Warning light on the dash is designed to let you know if the engine oil pressure drops below a safe level, so you can shut off the engine – hopefully before any irreversible damage is done!

The oil pressure warning light should come on when you switch the ignition on, and then go off a short while after the engine is started as oil pressure builds up. On our 1999 Fiat Ducato based Hymer motorhome the light did not come on with the ignition, so if was safe to say it would not have lit up if we lost oil pressure with the engine running! An investigation was required……..

First thing to do was to check if the bulb itself in the dash was working. The bulb is provided with +12V when the ignition is on and earthed through the switch on the engine so the easiest thing to do is to disconnect the wiring at the switch and connect it to a metal part of the engine or chassis with the ignition on – if the light on the dash comes on you know the bulb and wiring are all OK.

The switch on the Fiat (Iveco) 2.8td engine is located behind the alternator and you can get to it by crawling under the van behind the front right wheel and peering up the back of the engine, you can see the switch circled in red here (the exhaust is off in this picture as I was replacing it at the same time, you do not need to remove the exhaust to access the oil pressure switch but it is a bit easier with it out of the way:- 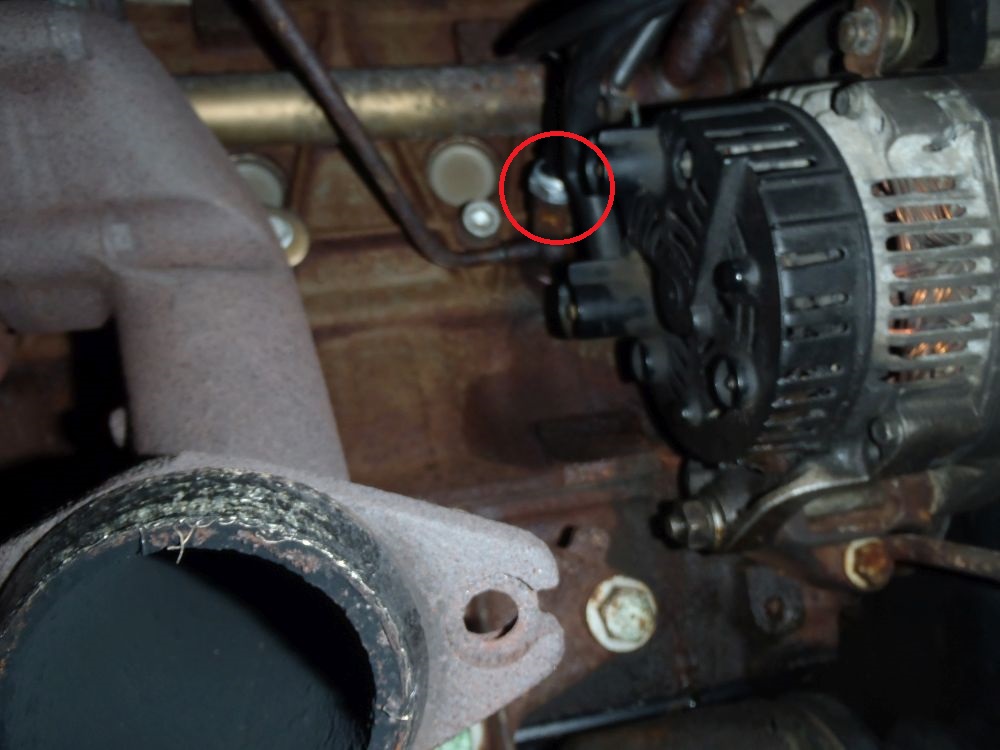 Here is another photo behind the alternator where you can see the switch a bit clearer:- 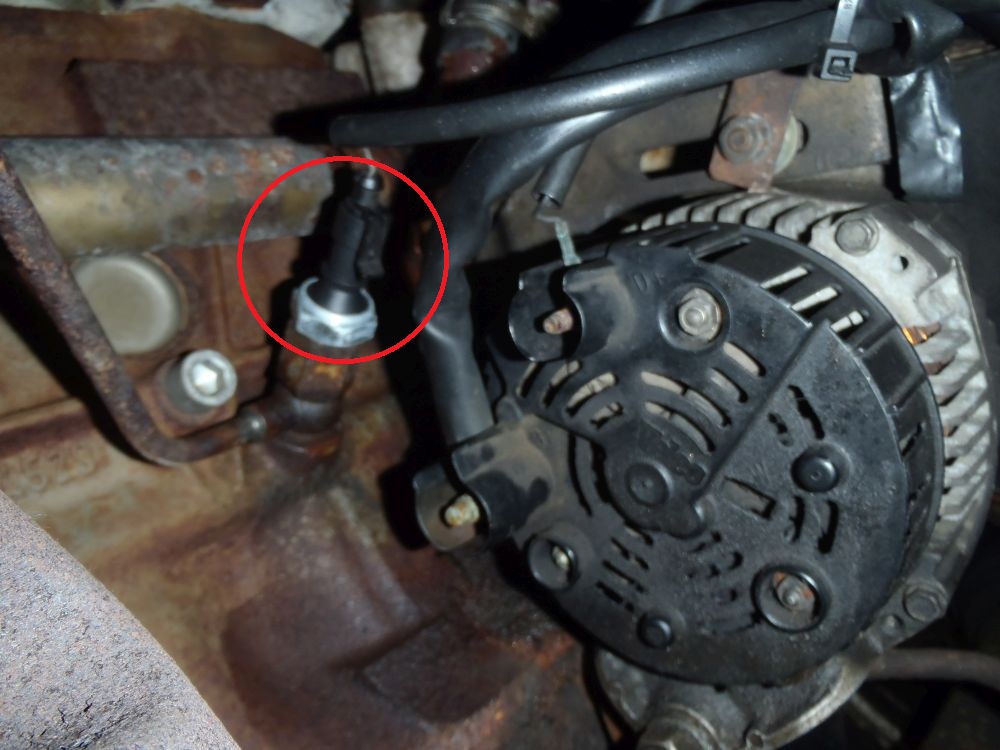 With the wire unplugged and earthed out to the engine block the light on the dash lit up, which suggested the switch itself was at fault.

The switch itself just unscrews from the engine, here is the old switch once removed:- 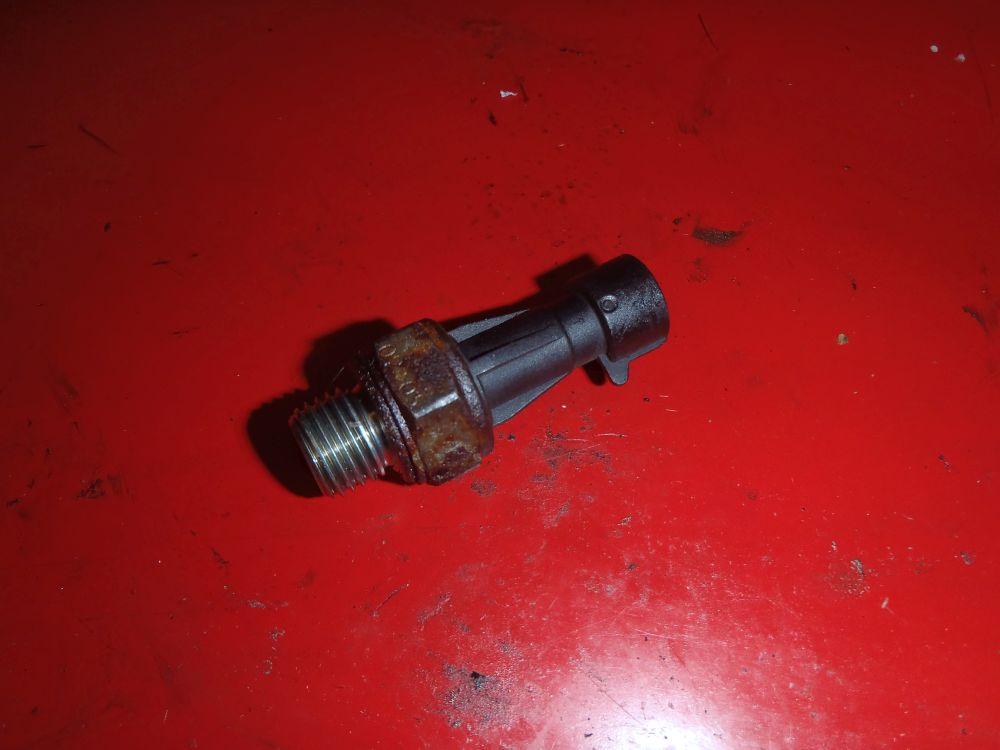 A new switch was fitted and the warning light is now working perfectly again – a new switch is only a few pounds and the whole job takes less than half an hour.