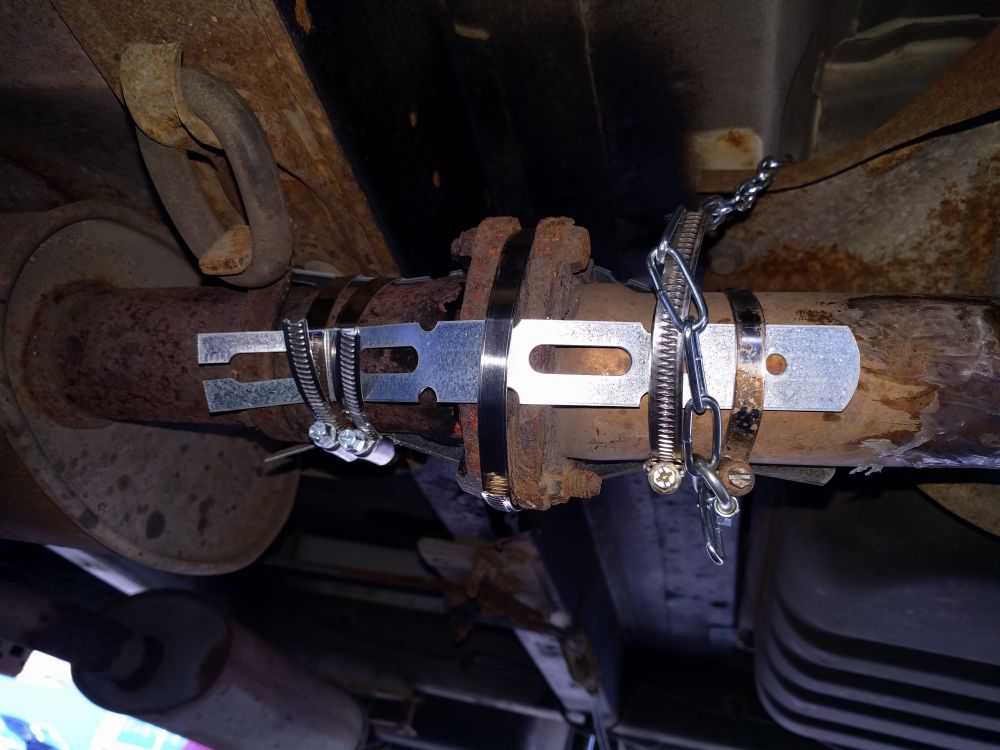 Ducato exhaust falls of on a french motorway!

What’s that noise?…..ah, that will be the exhaust falling off and dragging along the road…..

Earlier this year we were trundling down a French motorway in our old Hymer B544 motorhome on our way to the mountains for a couple of weeks of snowboarding when suddenly an ominous metallic rattling noise started….

The noise didn’t stop with the clutch pressed, and varied with road speed rather than engine speed which suggested it was driveline related rather than anything to do with the engine. We rolled up to the next ‘SoS’ layby and pulled over, fearing the worst.

I jumped out (Hi-Viz on of course, safety first kids!) and poked my head underneath to see if the source of the noise was obvious – turns out it was. The exhaust had snapped clean in two and the downpipe from the turbo was dragging along the road!

After giving myself a mental dressing down for not having spotted what must a been a pretty rotten exhaust before we set off (most of the rest of the bus has had a thorough going-over but I hadn’t noticed that the exhaust was on the point of failure at all!) it was time to bodge a solution to get us off the motorway.

Harnessing the WWDFD mentality (what would David Frieburger do) I rummaged through the box-of-many-things and found a couple of hose clips and a screw-gate carabiner type thing to get the exhaust off the tarmac:- 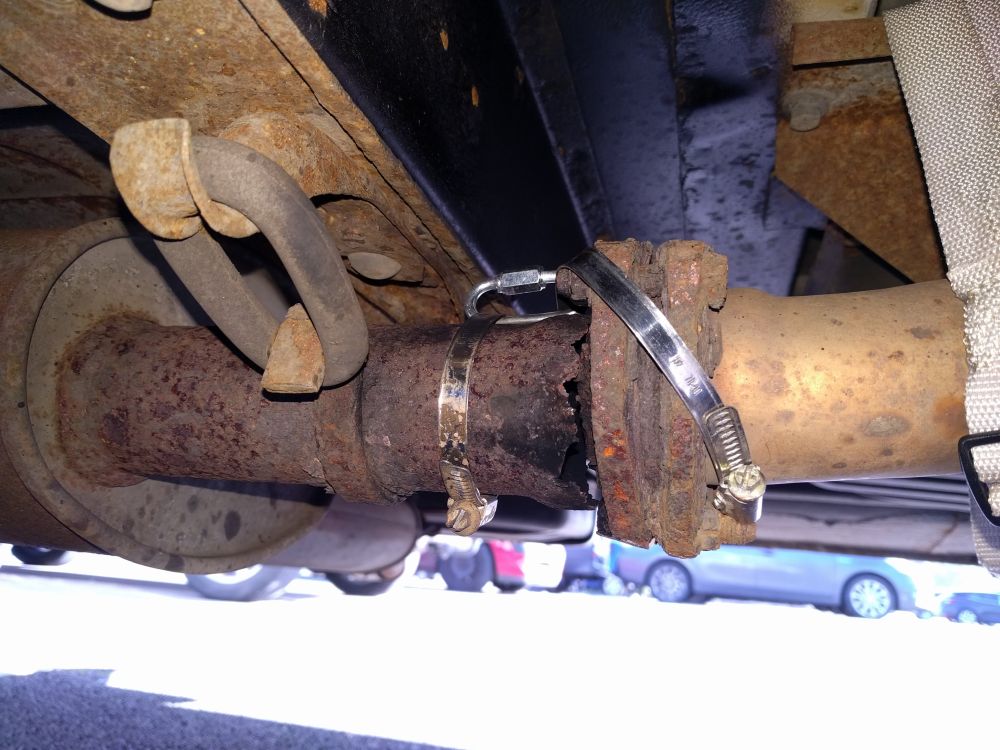 A quick detour to the nearest DIY shop provided some metal straps and additional hose clips, together with a length of chain to create a fall-arrest system to catch the exhaust before it hit the ground should the bodge fail again. Half an hour of crawling about under the van in the store car park while Muffin went of to the supermarket next door to stock up on goodies produced this:-

That fix got us the 800 or so miles to the Alps and back to the UK, and amazingly the exhaust was hardly any louder than before (it’s amazing how good a job turbo’s do of silencing exhausts!)

Once back in the UK I sourced a full exhaust system, and it is a fairly easy job to fit it. I picked on up that came complete with new exhaust gaskets for the turbo to downpipe join and the the downpipe to rear section join, as well as new fixing hardware:- 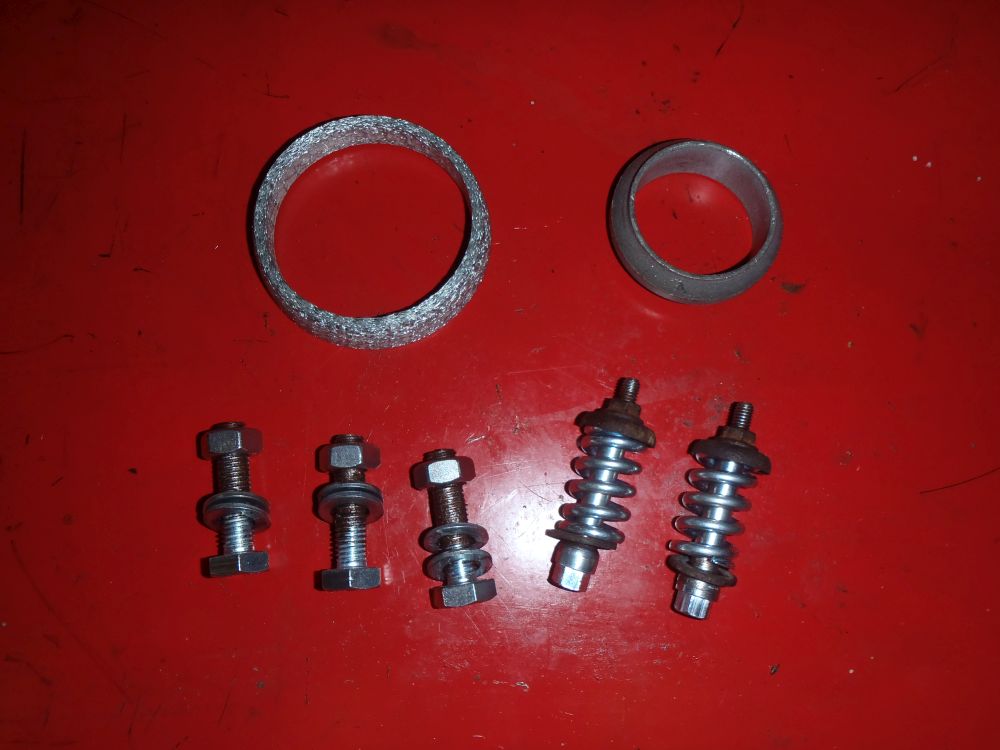 I also purchased new mounting o-rings (the rubber rings the exhaust hangs from), just to be on the safe side (they can perish with age and I didn’t want my new exhaust falling off prematurely!)

This was the old crusty system after removing it from the bus:- 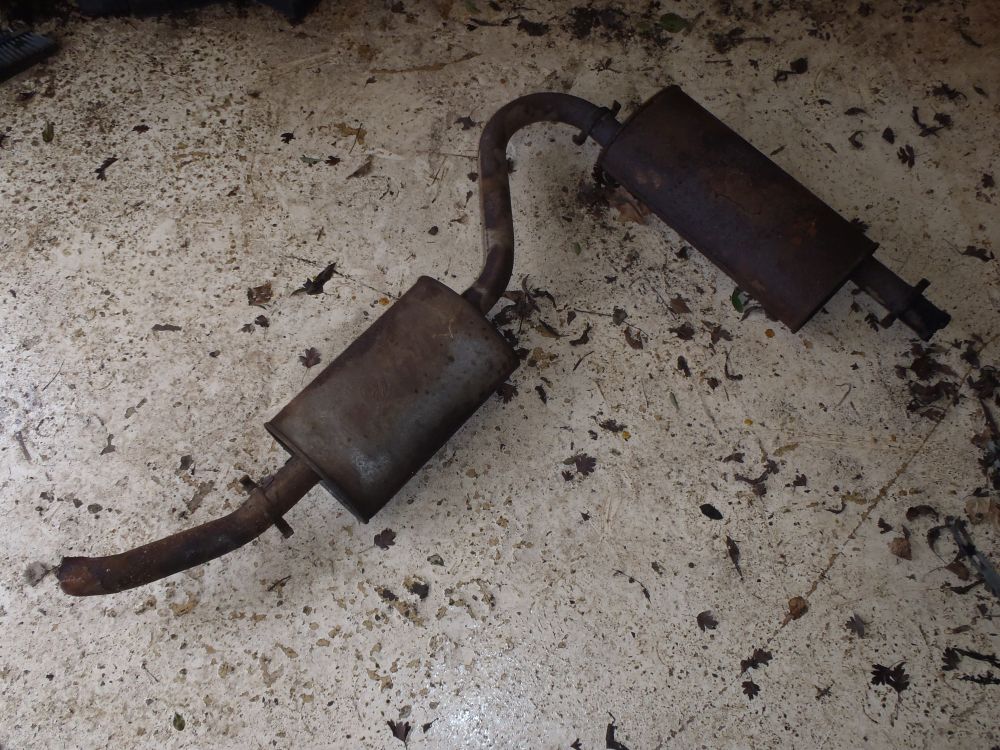 And this is the shiny new system, which only takes five bolts, a clamp and six rubber hangers to fit:- 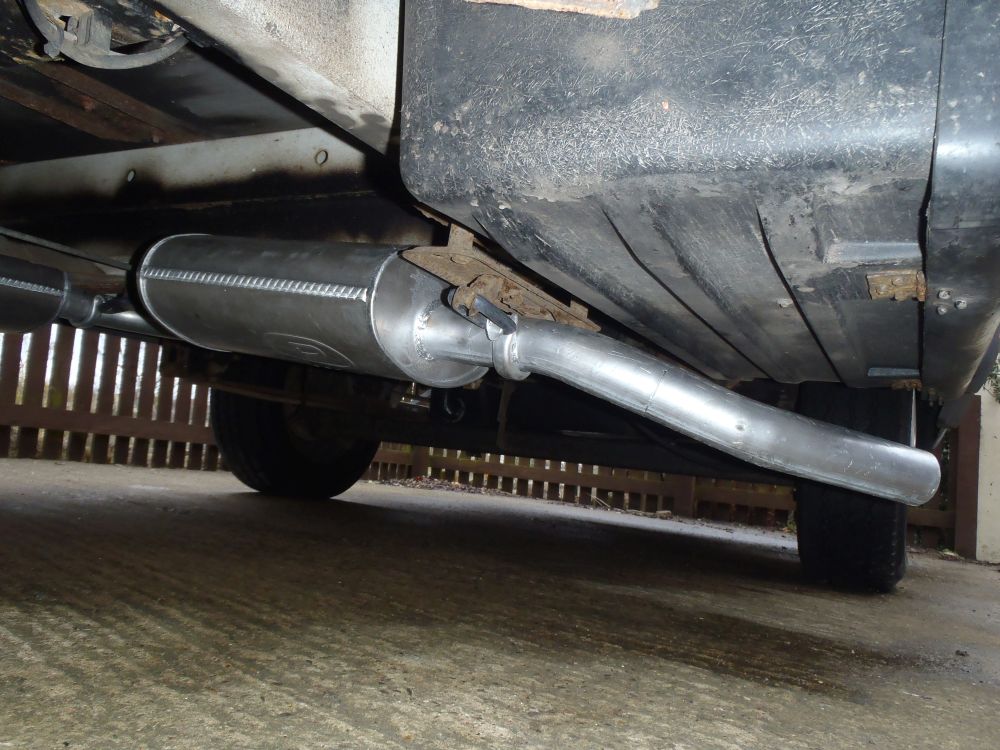 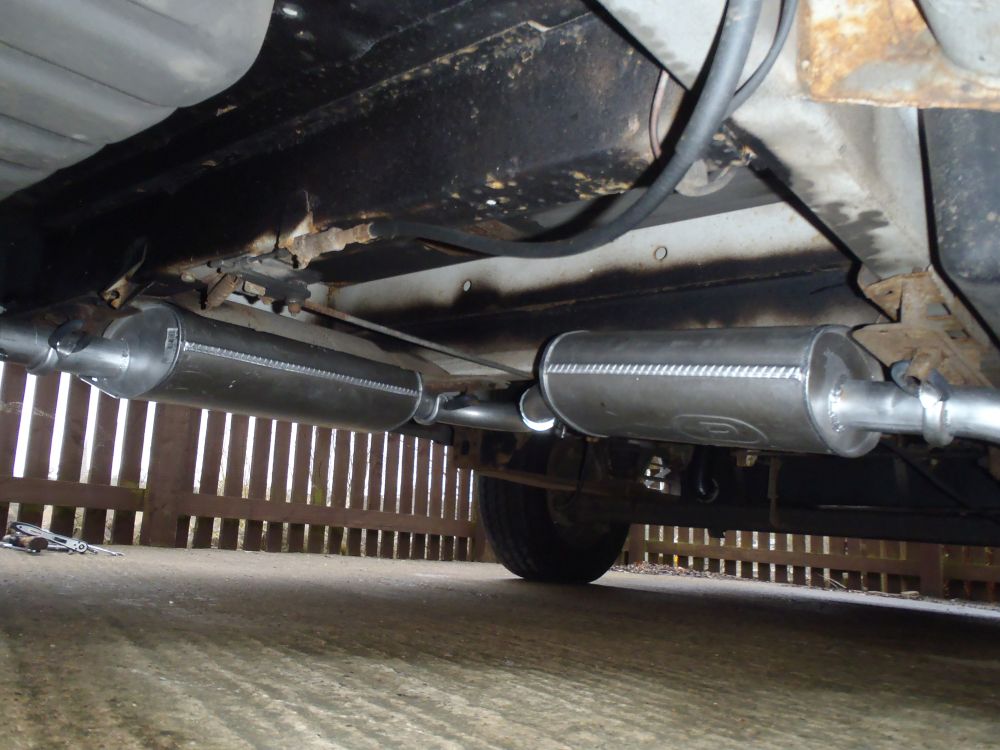 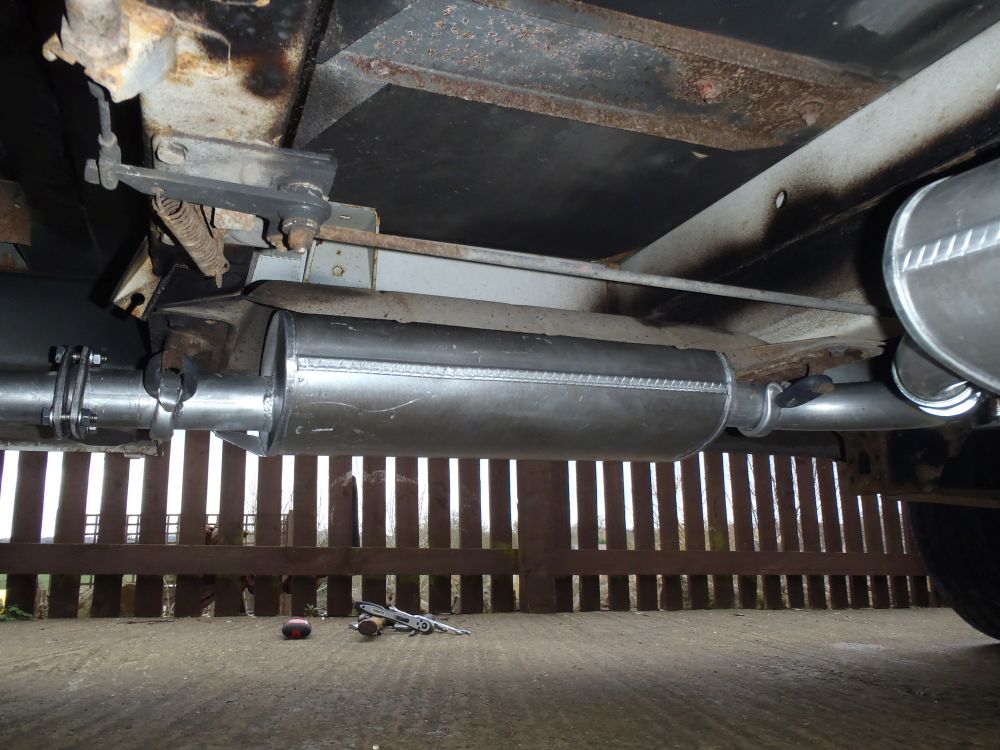 Good as new, and ready for more adventures 🙂