Have you made the same mistake as us and driven away while the step is still down? Potentially a costly mistake!

Ever since we bought our 1999 Hymer B544 the warning buzzer that lets you know the step is down when the engine is running hasn’t worked – this never bothered me too much but after driving half way home from a campsite the other day with the step down I figured I should probably look into it……….

The electrical circuit is pretty simple, there is a buzzer that gets +12V whenever the engine is running (from the alternator D+ terminal) and the circuit to ground is completed by a switch that is closed when the step is deployed.

The switch itself is located on the step mechanism and when I disconnected the wiring and earthed it on the chassis with the engine running the buzzer sounded, which pointed to the switch itself being at fault.

For reference, this is the type of step our bus has, if yours has one of the more modern fancy steps I imagine the warning buzzer system will be similar, but I’ve not investigated to check this out:- 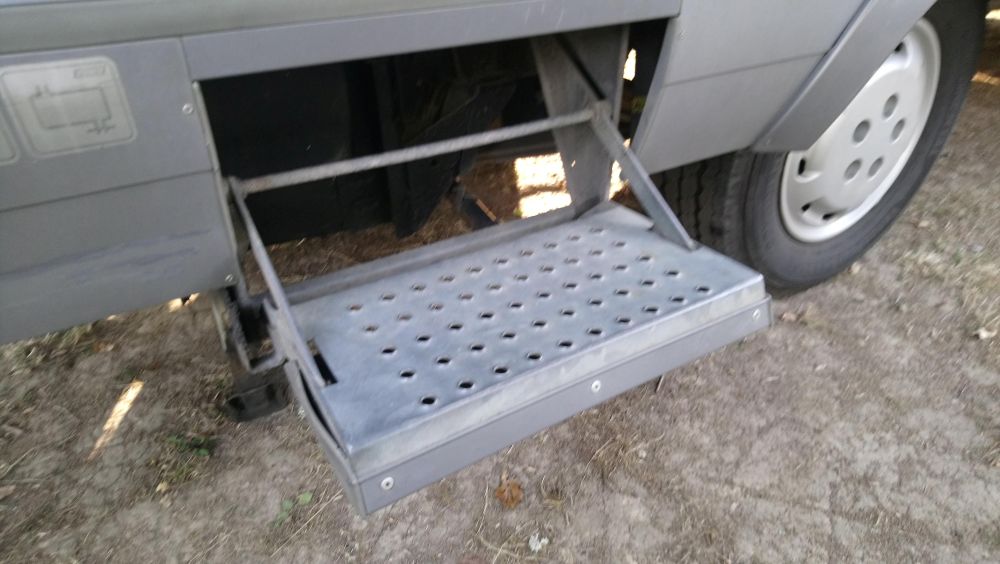 On removing the switch to investigate I discovered it is a simple plunger mechanism that is activated by the step itself as it retracts, but ours was completely rusted solid in the ‘up’ position and well beyond repair!:- 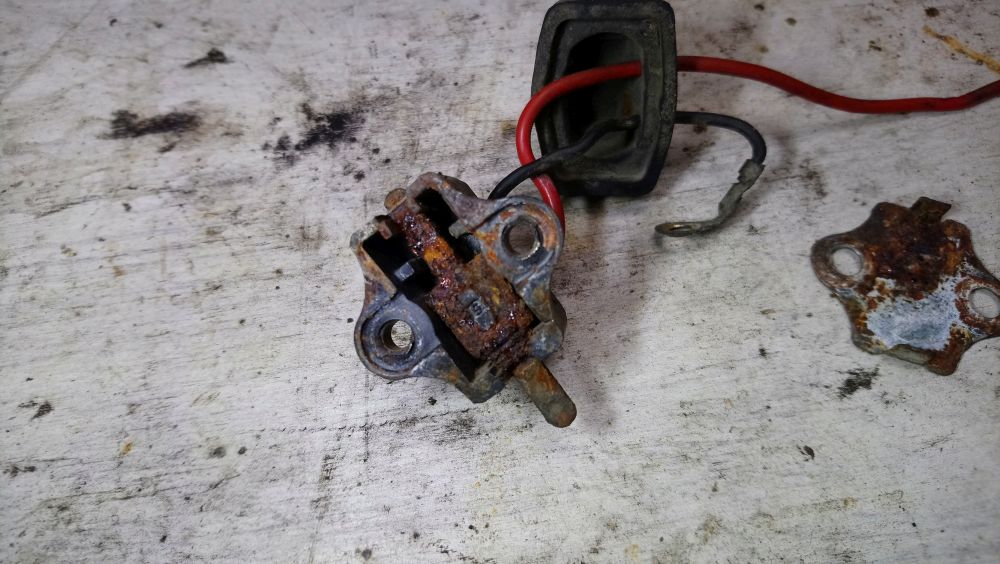 I couldn’t find a direct replacement switch so instead bought a cheap waterproof (IP rated) lever action microswitch for £4.99 from eBay:- 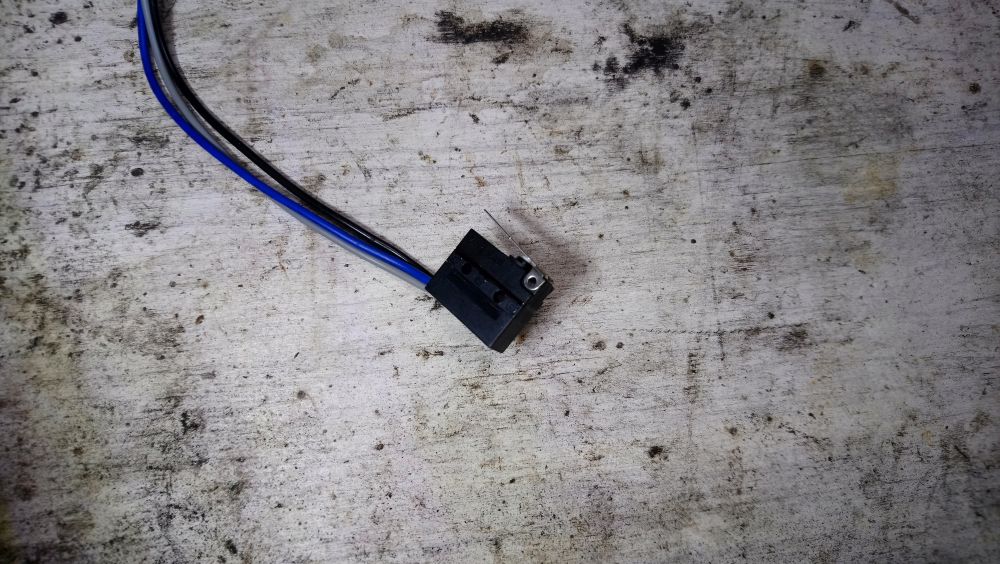 This switch is actuated by the metal lever on the top of the switch in the photo above, there are three wires – a common, normally open wire and a normally closed wire, but you only need two of the wires for this application.

I needed the switch to close the circuit when the lever is not actuated so selected the common and normally closed wires to connect to the wiring on the bus. There was no wiring diagram with the switch or markings on the switch itself but a quick check with a multimeter will determine which wires are joined when the lever is not actuated (if you don’t have a multimeter trial and error would work too! – you are not going to damage anything by connecting it up wrong, you will just end up with a buzzer that still doesn’t work, or one that is on when the step is up)

Here is the switch mounted in position on the step mechanism so the step actuates the lever when it is fully closed/up – I just used two small bolts through the existing mounting holes on the switch and drilled matching holes in the step bracket to mount it to. You can see here where the step slides up a slot in the bracket and will operate the lever when it reaches the end:- 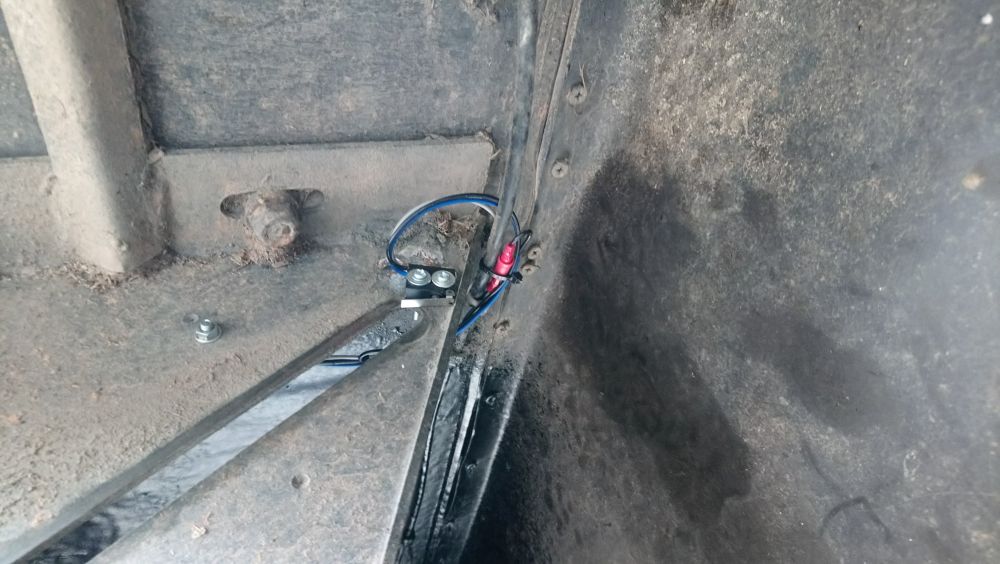